At St Anne’s we teach French to all children as part of the normal school curriculum. We do this for several reasons. We believe that many children really enjoy learning to speak another language. We are committed to early language learning and believe that the earlier a child is exposed to a foreign language, the faster and more effectively the language in question is acquired. We believe that learning a foreign language helps all pupils develop their interests and curiosity in the similarities and differences between themselves and others. This includes learning about countries, cultures, peoples and communities. Learning a foreign language helps pupils to extend their communication skills and enhances self‐esteem.

St Anne’s celebrated the European Day of Languages on the 26th of September. This event is held across Europe and aims to promote the rich linguistic diversity of Europe and raise awareness of the importance of lifelong language learning for everyone. Every year group found a different way to celebrate the event!

In Reception the children learnt how to count to ten in Spanish!

In Year One, the children had been learning about the body in their science topic. So they learnt how to say and recognise the parts of the body - and then followed the song “Tête, épaules, genoux et pieds” – Head, shoulders, knees and toes in French! 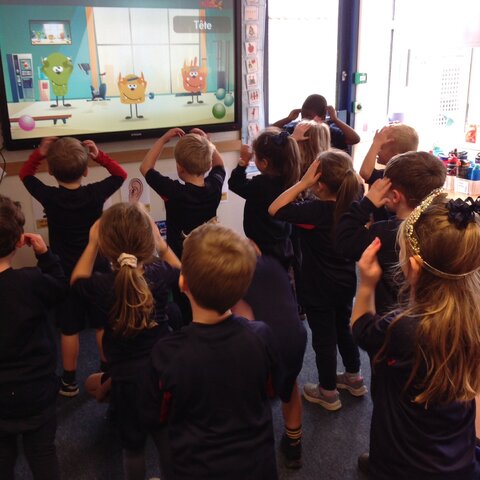 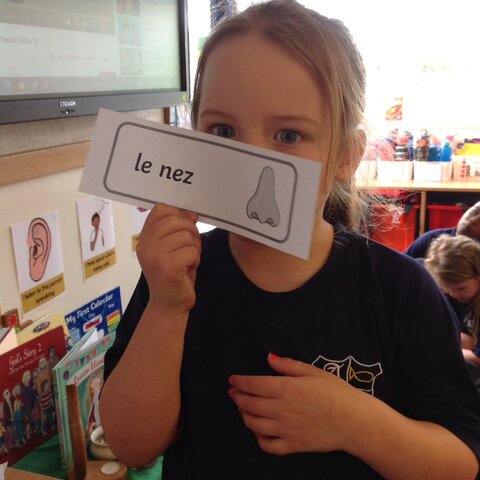 The Year Two children, followed the theme of learning the words for parts of the body- this time in Spanish! They also learnt how to perform the song  “Cabeza, Hombros, Rodillas y Pies.” 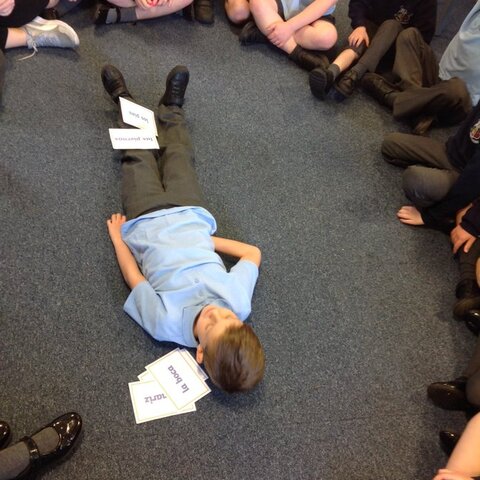 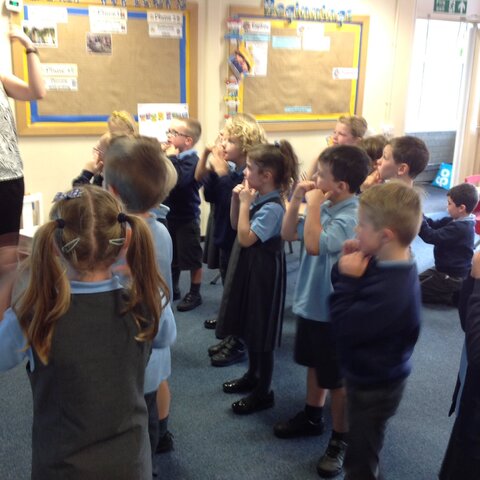 In Year Three, the children had fun greeting each other in French! They also practised saying the colours and naming their favourite vegetable in French, as part of our Health Bodies, Healthy Minds theme.

In the same theme of keeping healthy, the Year Four classes completed a workout by following the instructions in Spanish! 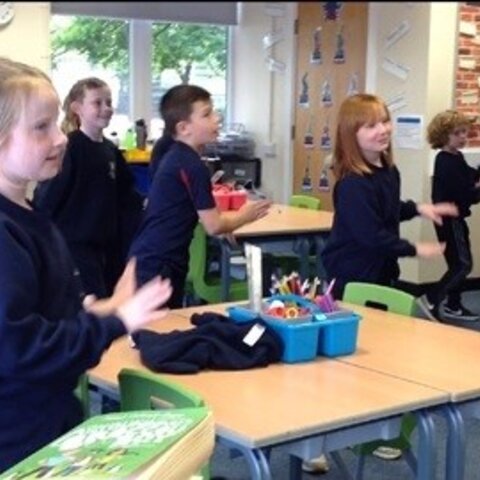 In Year Five- the children learnt about British Sign Language and how to sign letters of the alphabet and simple words. 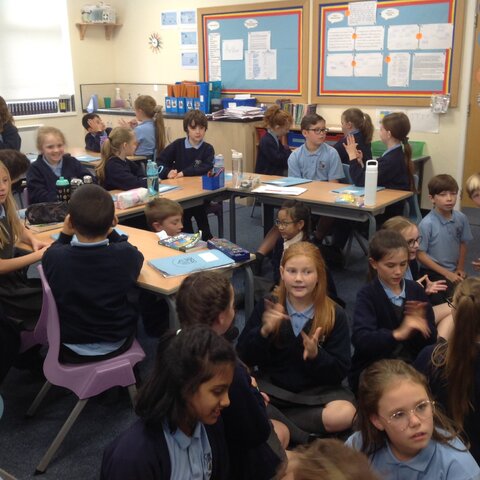 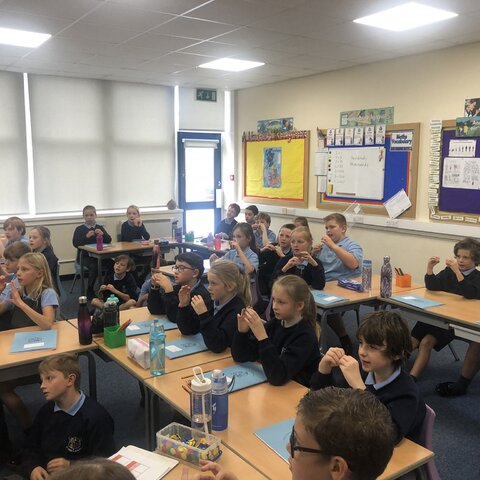 Year Six classes used their persuasive language skills to explore the importance of learning a language. They researched languages spoken by celebrities and found how we say “hello” in different languages. They also completed a challenge to say a tongue twister in French! 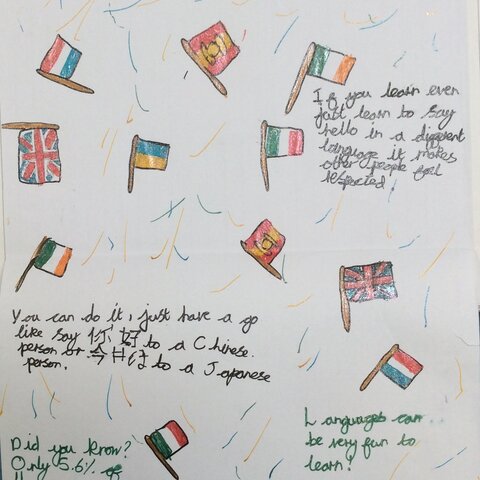 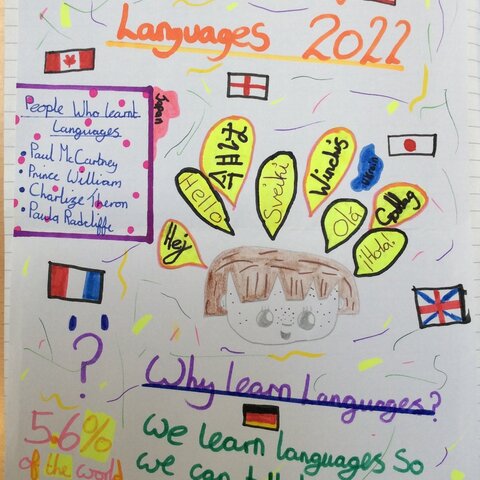 The Year five children last year took part in a French Penpal project with a primary school in Rouen. The schools shared videos to find out about life in their respective countries. The children all wrote letters- in French- talking about their families and interests! 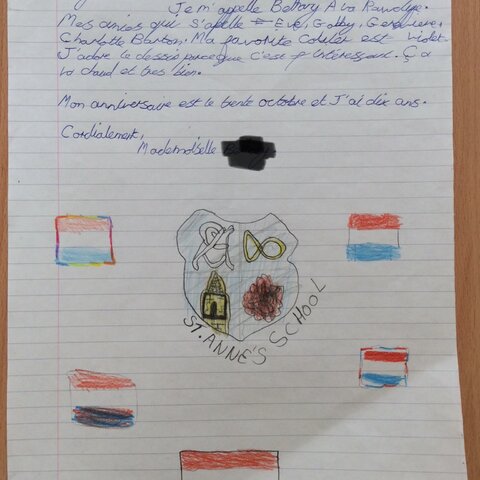 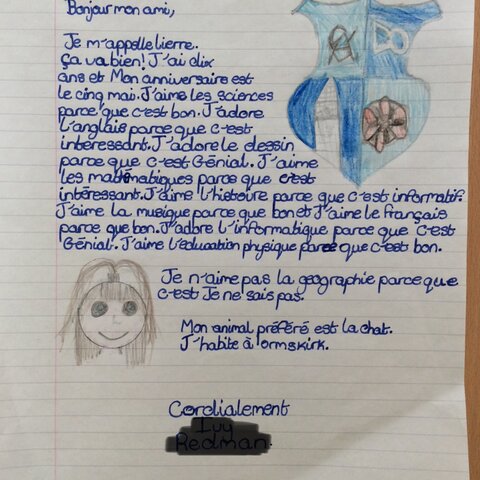 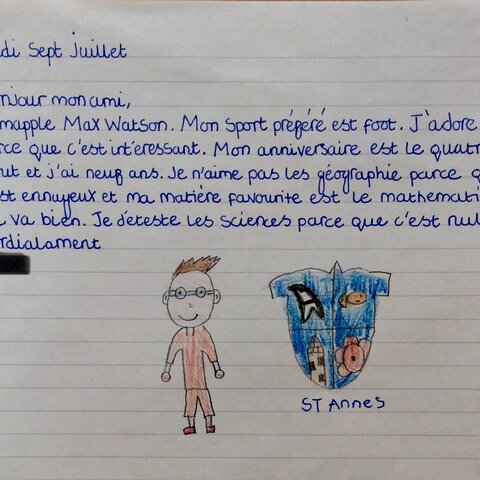 Here are some websites you could use to practise french at home!

Large range of games to practise phrases, numbers and counting. All in French too!

During the Summer term, the Year Five and Six children have been learning German with staff from St. Bedes High School.

If you want to practise some of those language skills, the following websites may be useful!

Learn the names of German animals and numbers

Three reasons why St Anne's is a wonderful place to learn!